With Bioshock Infinite coming out next year, I figured it was a good time to make this thread since it is a multiplatform series. I loved the original, it had a gritty feel, great story, and just an awesome environment. Unlike most people however, I actually liked bio 2 better than the first. I thought that gameplay improved, as well as the addition of multiplayer, the only thing that wasn't as good was the story, but it still wasn't bad. Bioshock Infinite looks pretty cool--taking place in the air instead of the ocean, the new sky rails look sweet, and the colors used in the game look really sharp, does this series interest anyone else??
_________________

I like the series but ...I just can't see what makes Infinite's world so special compare to Rapture.

I liked the first game and what I saw of the second game was pretty good. Now Infinite is also the one considered "Skyoshock" right? A friend of mine is really big into steampunk and he's absolutly excited for this series.
_________________
My deviantART l Newgrounds Account 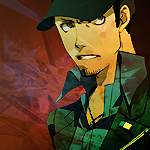 I loved the look of how you can actually jump on to the rails with a pole of some sort and it shoots you across them. I watched a little gameplay video of Infinite and think it looks good. I think this is meant to be set out before Rapture or something like that?
_________________

yeah I'm not exactly sure how Infinite is going to tie into Bioshock, I think it is before the original, but don't trust me on that one....however it is getting a lot of hype, and it looks really good thus far
_________________

It takes place in the 1910's and it kinda reminds of RE4 in someways that said .....I think that the enviroment is just way too open which can lead to so many unexpected deaths from any direction.

^ The only connection that I can see right now is that Infinite's city inspires Andrew Ryan to build Rapture.

well, since there is a new entry in the series, it is time to revive this thread. So what does everyone think of the new game infinite? I have the game on its way right now, so I have yet to play it, but all I have heard is how amazing it is. Can't way to play!
_________________

I am completely surprised that you haven't gotten your hands on it yet!

It's great! It's very different from the first game. And yes, I'm not including Bioshock 2 because Ken Levine had nothing to do with it so in my mind, not a true Bioshock game.

Infinite is a lot more action based and story driven compared to Bioshock. There's still that depth of strategy to it like the first game though. Plus 1999 mode is a great challenge, especially if you go for the scavenger hunt achievement as well.

Voiceacting is amazing as well. Troy Baker is the motherfucking shit! Great story too, very well written and the game's pacing is great too. Never feel like you're spending too long in an area and never feeling you're speeding through the game
_________________
My deviantART l Newgrounds Account

If you go around and check every nook and cranny, it's around 20 hours I'd say. For the two playthroughs I've done so far, it was around that time.

But there's ton of stuff you'll miss your first playthrough, all subtle plot stuff like the first game.
_________________
My deviantART l Newgrounds Account

I got infinite under the advice of a friend and my it hasn't disappointed. The characters and plot are amazing, Elizabeth might just be my favourite female character in any game to date. The environments are beautiful and though it's a tried and tired phrase it really is nice to see a game (especially a FPS) that takes advantage of the most colour palettes rather then just brown. 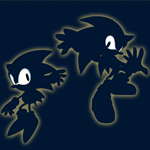 @Cap, Bioshock 2 was actually a very good game, nobody gave it a chance, just because it has some different ppl working on it. I enjoyed the mp for bio 2 and the gameplay was better than the original


Okay, to continue what you had said Zack, I disagree completely. Bioshock 2 was a hollowed shell of what the first game was. Yeah, you can use plasmids and weapons at the same time. You know why they didn't want you doing that in the first game? Because it was a Horror Survival game! Bioshock 2 became more shooter than horror and don't get me started on the story. Infinite was more shooter than anything because it was a completely different game and setting than Rapture. Rapture, you're supposed to be scared. They brought that element back in Infinite with the Boys of Silence area but that's it. Rapture is a story of survival, Columbia is a story of redemption.


Back to the gameplay, it was way too easy. I played on the hardest difficulty and dominated the game. You know why? You're a fucking Big Daddy! It was scary in the first game that you were just some guy thrown into this fucked up city with crazy genetic freaks that want to kill you. Second game, a Big Daddy. Who will fuck with a Big Daddy? That's established in the first sequence of the first game of the Splicer getting raped by a Big Daddy. All you have to level up in 2 is the Drill and Ice powers. You freeze someone, hit them with the drill. Rinse, lather, repeat. It was boring, not scary anymore and took away the heart that was the first game. That's why I love Infinite because it doesn't try to be the first game, it succeeds in being itself.


The point of the first game ending to where Jack either leaves Rapture with all the little sisters or going above the surface for world domination was to end the story of Rapture. There's nothing else to tell. Fucking everyone of importance is dead. Both Andrew Ryan and Frank Fontain are dead now so there's no longer a power struggle. The city is destroyed. And there are no more little sisters. You killed or saved them all. How can Rapture be interesting when you know everything about it before 2 starts?


How can you still be involved with Rapture when the main story has ended and the city is STILL destroyed? There's nothing else to tell. That's why I think it's a bad game. 2K tried to make a sequel without the main writer and creator of the series and tried to continue the story and failed.
_________________
My deviantART l Newgrounds Account

While I agree that the story for the original was better, I personally never considered Bioshock to be a survival horror game, but that's just me. I considered it a shooter. While Bio 2 may have been easier, the combat was more fluid, if I am playing a game to get raped in difficulty, I will play Dark Souls. The story of Lamb rising up to reclaim that power role is the story behind the second game, and while it isn't an epic story, it does have it's twists with the Big Sisters program, and some of the background information. The addition of the multiplayer aspect was nice as well. While Bioshock is an amazing game, sometimes I think it gets too much credit. Jack wasn't a great character, and that is something that the original lacked. Great environment, Great plot, Great villains, mediocre to poor protagonist. When you think of Bioshock, you think of the Big Daddy (a random enemy) not Jack.
_________________

I don't remember BS 2 being that easy Infinite on the other hand felt kinda easy I only died once in the entire game.